The SAS began life in July 1941 from an unorthodox idea and plan by Scots Guards Lieutenant David Stirling, who was serving with No 8 (Guards) Commando, for small teams of parachute trained soldiers to operate behind enemy lines to gain intelligence, destroy enemy aircraft and attack their supply and reinforcement routes. 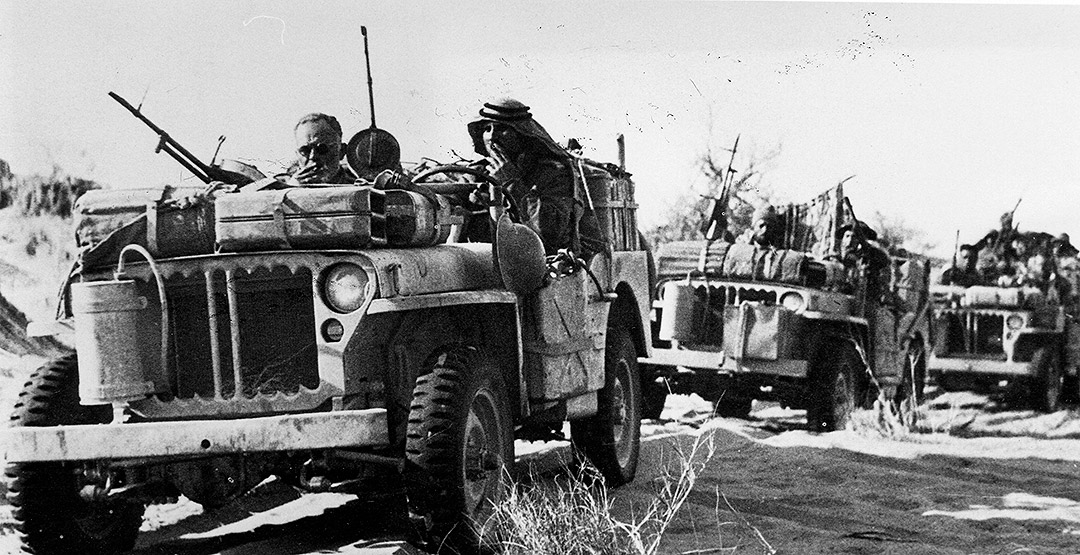 Following an impromptu meeting to air his views with Major General Ritchie, the Deputy Chief of Staff, he was able to meet the new C-in-C Middle East, General Auchinleck who liked his plan and it was endorsed by the Army High Command. At that time there was a deception organisation already in the Middle East area, which wished to create a phantom Airborne Brigade to act as a threat to enemy planning of operations. This deception unit was known as “K Detachment Special Air Service Brigade” and Stirling’s unit was to be the “offensive arm” and be known as “L Detachment SAS Brigade”.

Following extensive training at Kabrit camp, by the Nile, “L Detachment” undertook its first parachute operation on enemy airfields at Gazala and Tmimi on 16/17 November 1941. Although this operation conducted in very heavy winds was not a success, David Stirling’s enthusiasm and endeavour paid off and the Detachment was allowed to expand, recruiting from the Layforce Commando, which was in the process of disbandment.

Using the transport of the Long Range Desert Group and later its own jeeps, the Detachment achieved great success attacking enemy airfields and convoys. Following its successes it was again expanded in September 1942 and officially designated 1st SAS Regiment, with Lieutenant Colonel David Stirling DSO in command. The Regiment comprised three Squadrons, plus a fine Free French Detachment under George Bergé and another fine unit the Greek Sacred Squadron under Christodoulas Tsigantes as part of the command Overall the SAS destroyed and put out of action over 400 enemy aircraft. Unfortunately, David Stirling was captured in January 1943 during SAS operations in southern Tunisia and as the North African campaign drew to a close, his depleted 1st SAS Regiment was formed into the “Special Raiding Squadron” under Major R B (Paddy) Mayne and the “Special Boat Squadron” under Major the Earl Jellicoe. David Stirling ultimately ended up as a prisoner in Colditz Castle. For his distinguished actions whilst a prisoner he was made an OBE.

In May 1943 the founder’s brother Lieutenant Colonel William Stirling raised a 2nd SAS Regiment in Philippeville, Algeria. At the end of the North African campaign in 1943, both the Special Raiding Squadron and the 2nd SAS Regiment served in Sicily and Italy. The Special Boat Squadron operated with great success in the Aegean and the Balkans for the remainder of the war As the Special Boat Service, comprising 3 Squadrons, it was finally disbanded in 1945. 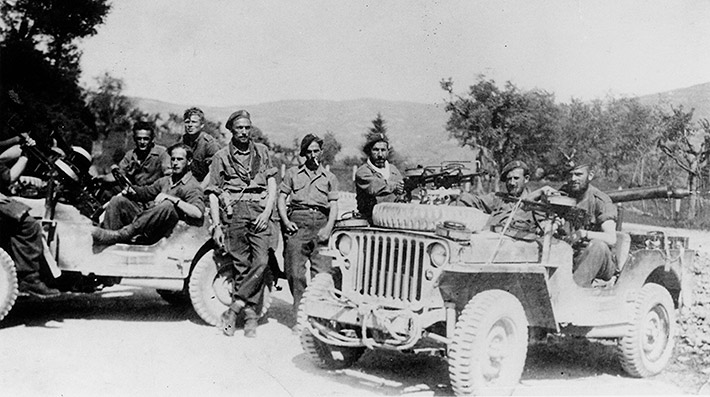 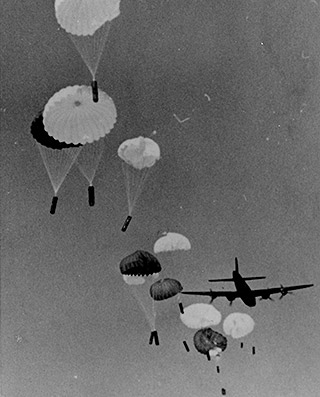 In early 1944 the 1st and 2nd SAS Regiments returned to the UK and joined a newly formed SAS Brigade of the Army Air Corps. The other units in the Brigade comprised two French SAS Regiments (3rd and 4th) and one Belgium Independent Parachute Company (5th). The Brigade was at the forefront of the action with the Normandy landings in June 1944, serving behind the enemy lines in jeeps assisting the French Resistance, as well as in support of Allied Armed Forces. It continued to serve with great distinction through Belgium, Holland and Germany until the end of the European War in May 1945.

Colonel David Stirling DSO, OBE returned from Colditz Castle and assumed duties as Deputy Commander of the SAS Brigade in July, and mooted the idea for the British SAS Regiments to be sent out to the Far East theatre of war. The 1st and 2nd SAS Regiments had returned from Norway in August 1945 and following the sudden conclusion of Far East hostilities in September, both Regiments were disbanded during October. 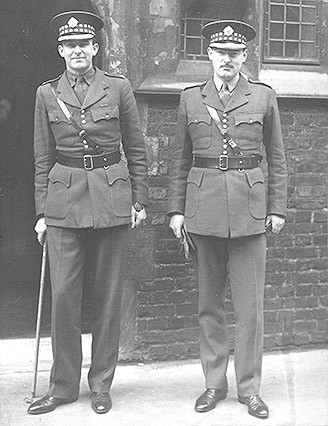 Bill and David Stirling in the Scots Guards 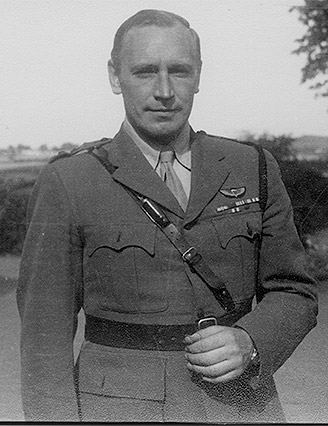 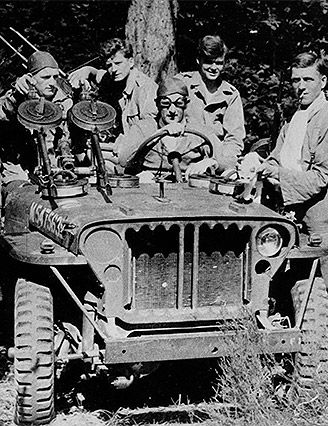 Ian Fenwick and members of 1st SAS in France 1944